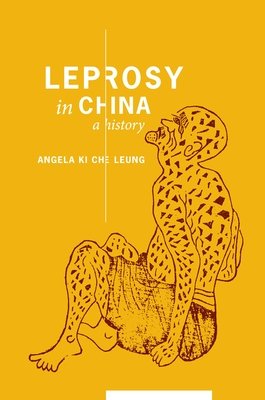 Angela Ki Che Leung's meticulous study begins with the classical annals of the imperial era, which contain the first descriptions of a feared and stigmatized disorder modern researchers now identify as leprosy. She then tracks the relationship between the disease and China's social and political spheres (theories of contagion prompted community and statewide efforts at segregation); religious traditions (Buddhism and Daoism ascribed redemptive meaning to those suffering from the disease), and evolving medical discourse (Chinese doctors have contested the disease's etiology for centuries). Leprosy even pops up in Chinese folklore, attributing the spread of the contagion to contact with immoral women. Leung next places the history of leprosy into a global context of colonialism, racial politics, and "imperial danger." A perceived global pandemic in the late nineteenth century seemed to confirm Westerners' fears that Chinese immigration threatened public health. Therefore battling to contain, if not eliminate, the disease became a central mission of the modernizing, state-building projects of the late Qing empire, the nationalist government of the first half of the twentieth century, and the People's Republic of China. Stamping out the curse of leprosy was the first step toward achieving "hygienic modernity" and erasing the cultural and economic backwardness associated with the disease. Leung's final move connects China's experience with leprosy to a larger history of public health and biomedical regimes of power, exploring the cultural and political implications of China's Sino-Western approach to the disease.

The history of leprosy in china

History of Leprosy in China